Sophisticated, fresh, flattering styles for day to night, designed to compliment a variety of body types

Designed for women with active lifestyles who value style, quality, and function, the Eva Collection takes care of the professional woman. Pairing vintage-inspired details with stretch silks and activewear linings, the elegant, staple pieces of the Eva Collection are patterned and styled for life’s adventures. Uniqueness over trends, confidence over fashion risks, being comfortable while still looking tailored and professional, that’s the Eva Collection.

The Eva Collection embodies the busy lifestyle of the independent woman of today, while embracing the elegance of the 1940s and chic Parisian cafe culture. Park Luncheonette, the recently opened corner restaurant in Brooklyn with a stylized vintage vibe was perfect for our editorial photoshoot, photographed by Ned & Aya Rosen. Behind-the-scenes videos are by Maya Oren of Mojalvo. 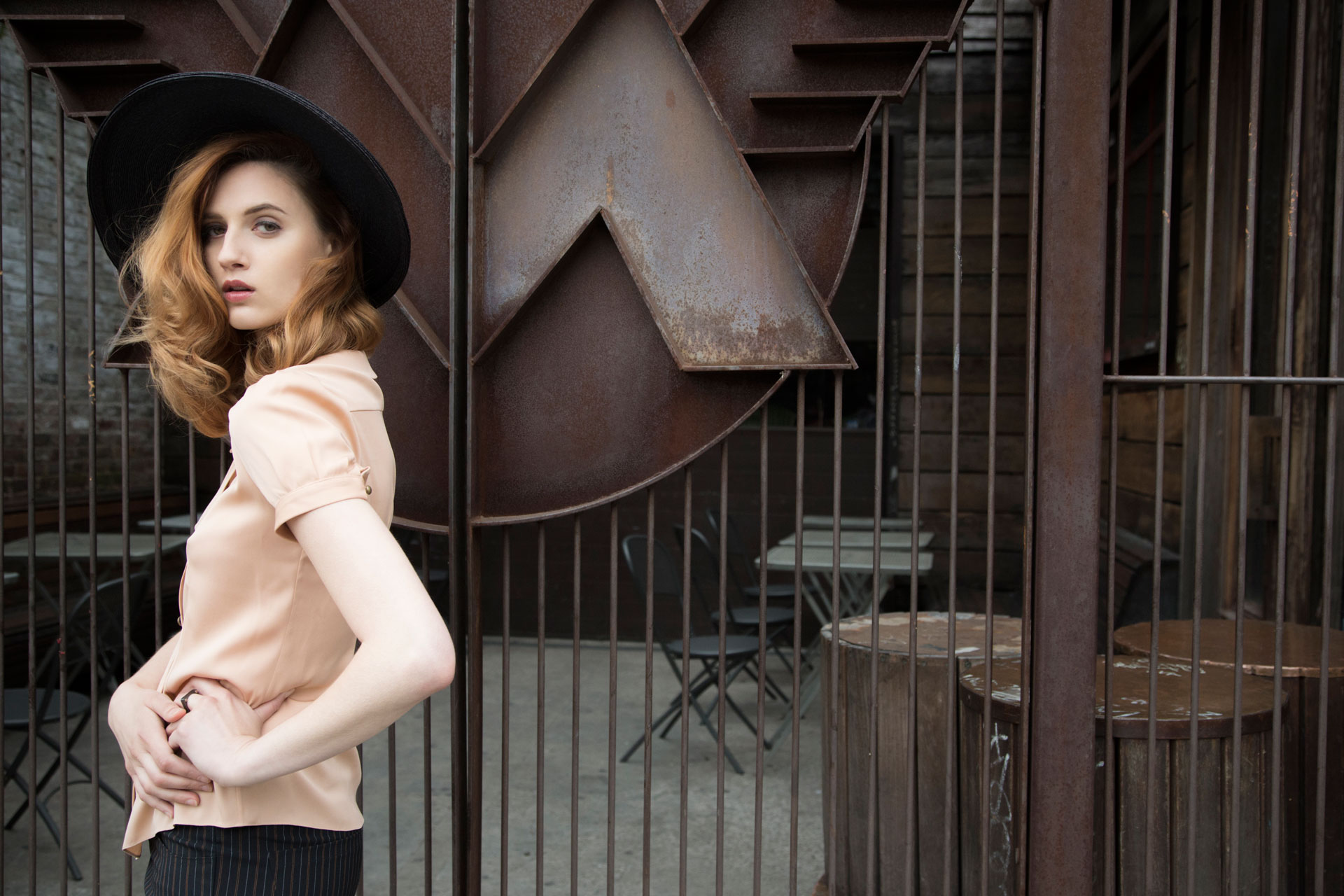 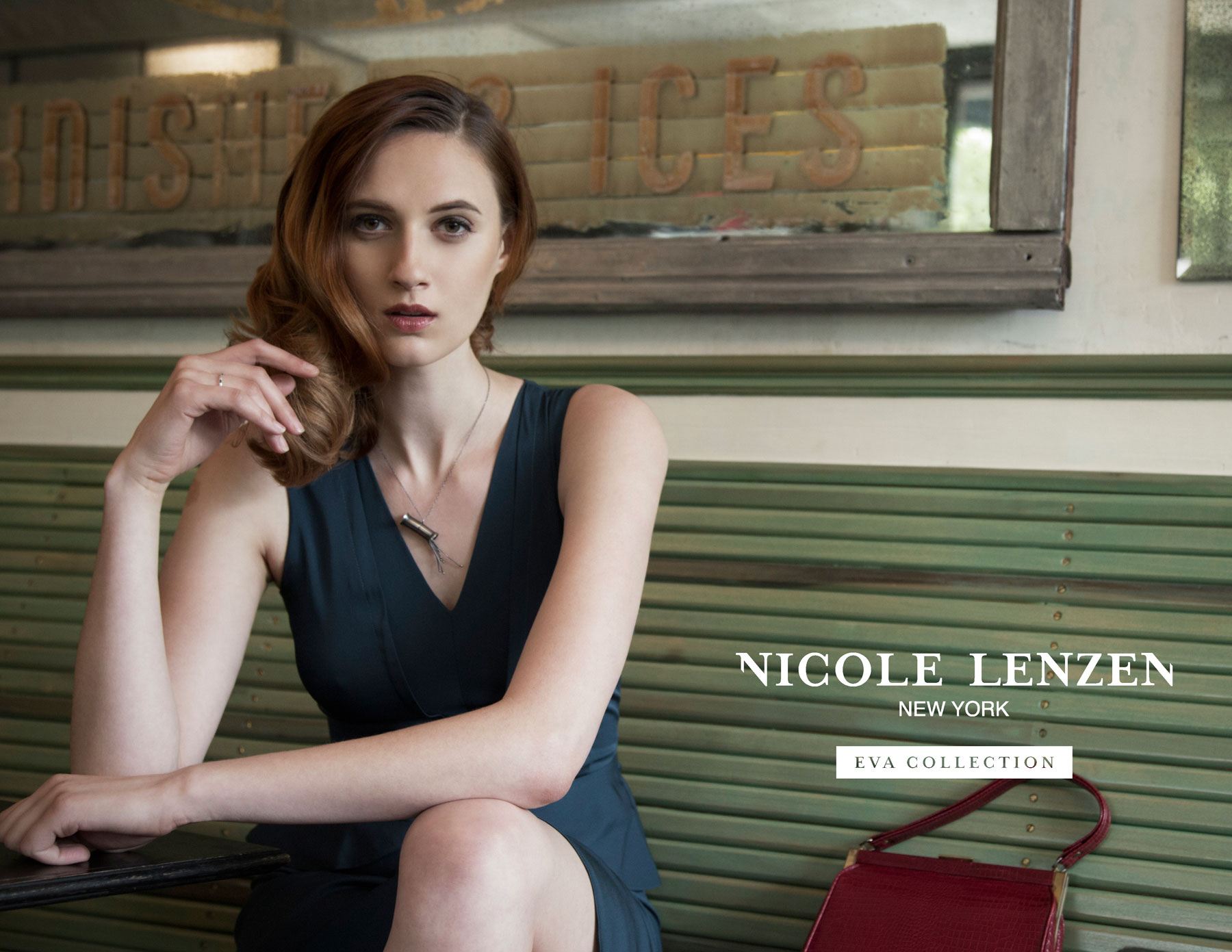 In growing the Nicole Lenzen brand to reach an expanded customer base and gain awareness in the local fashion scene, we participated in several New York Fashion Week events, including Catwalk NYC, an annual HIV/AIDS benefit runway show. 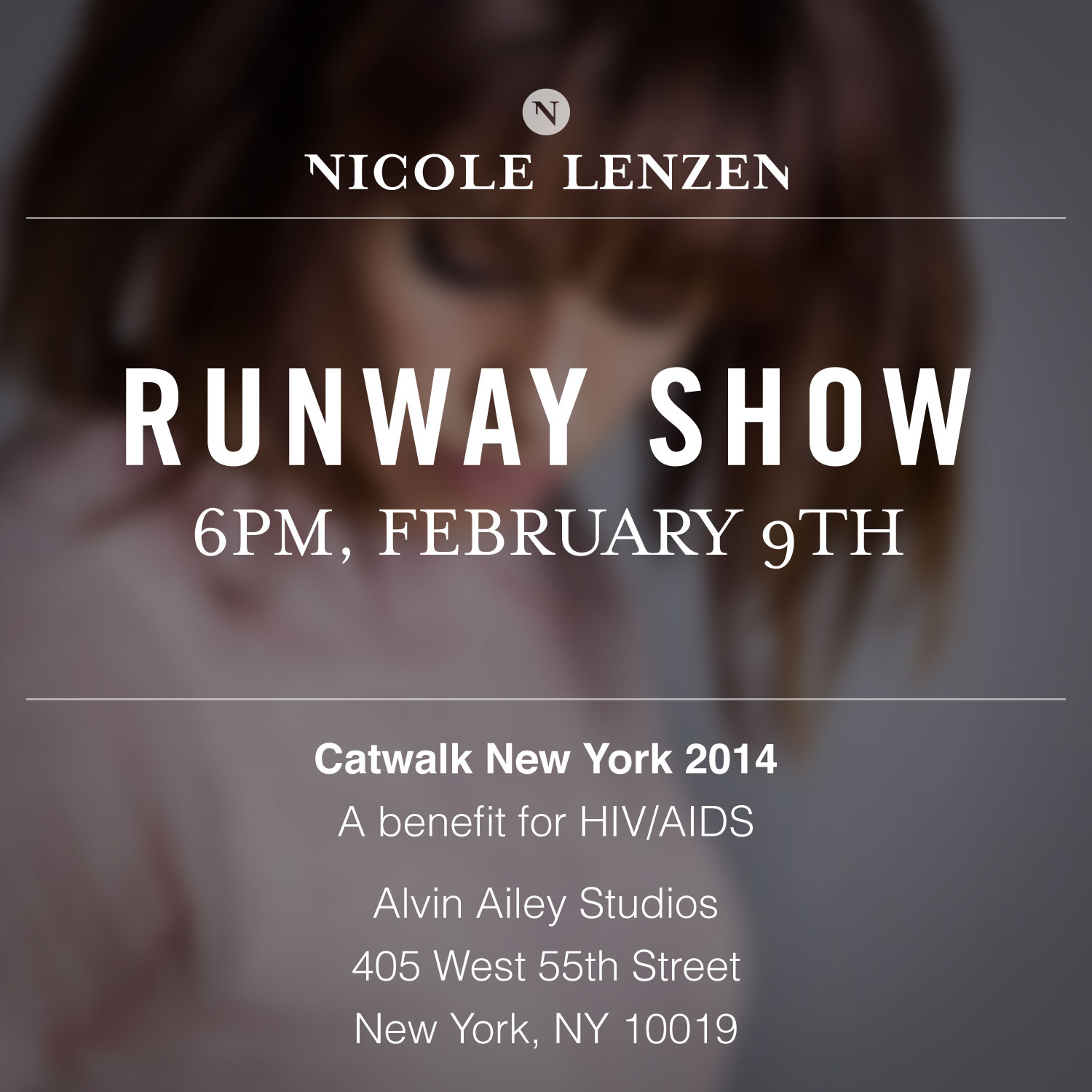 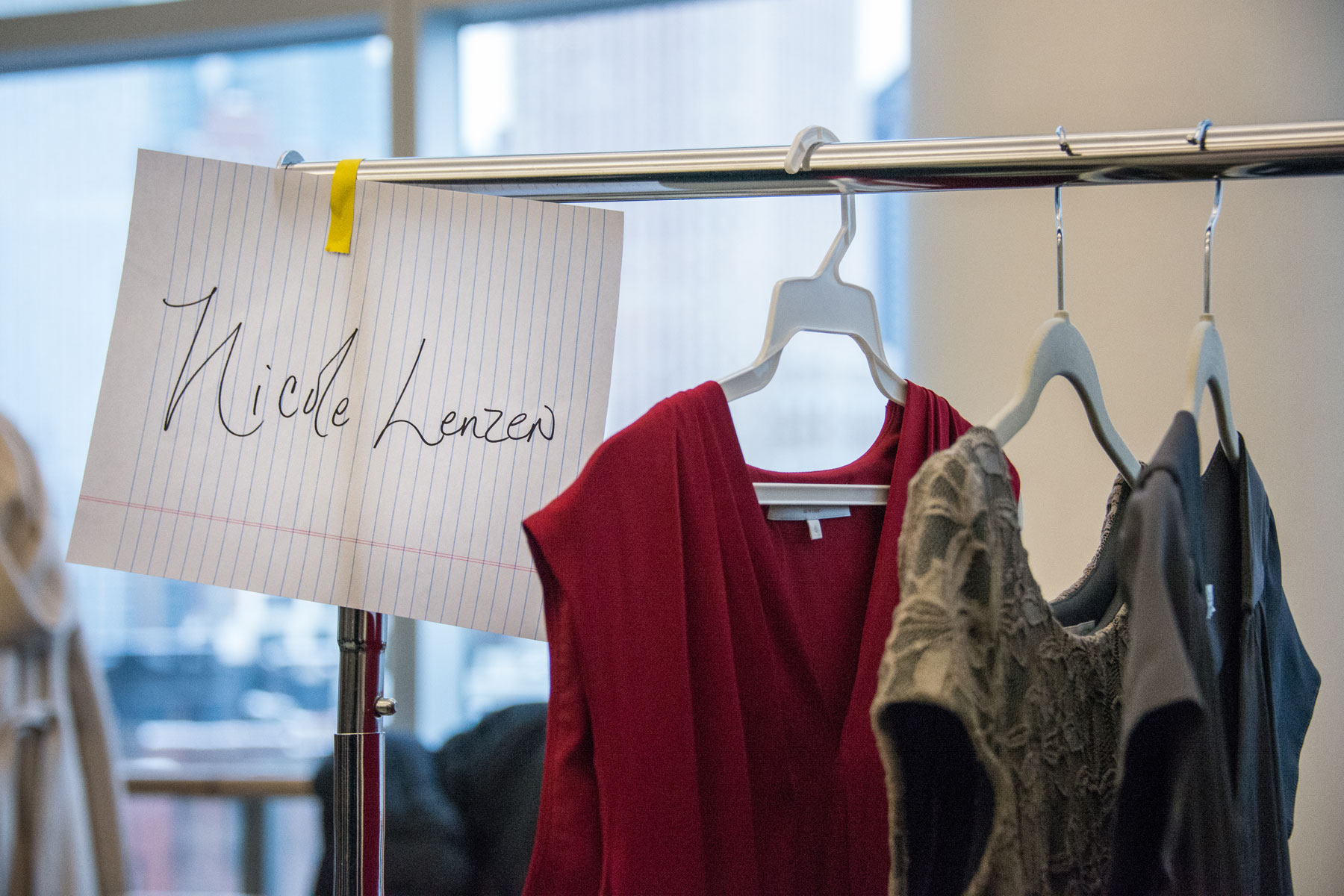 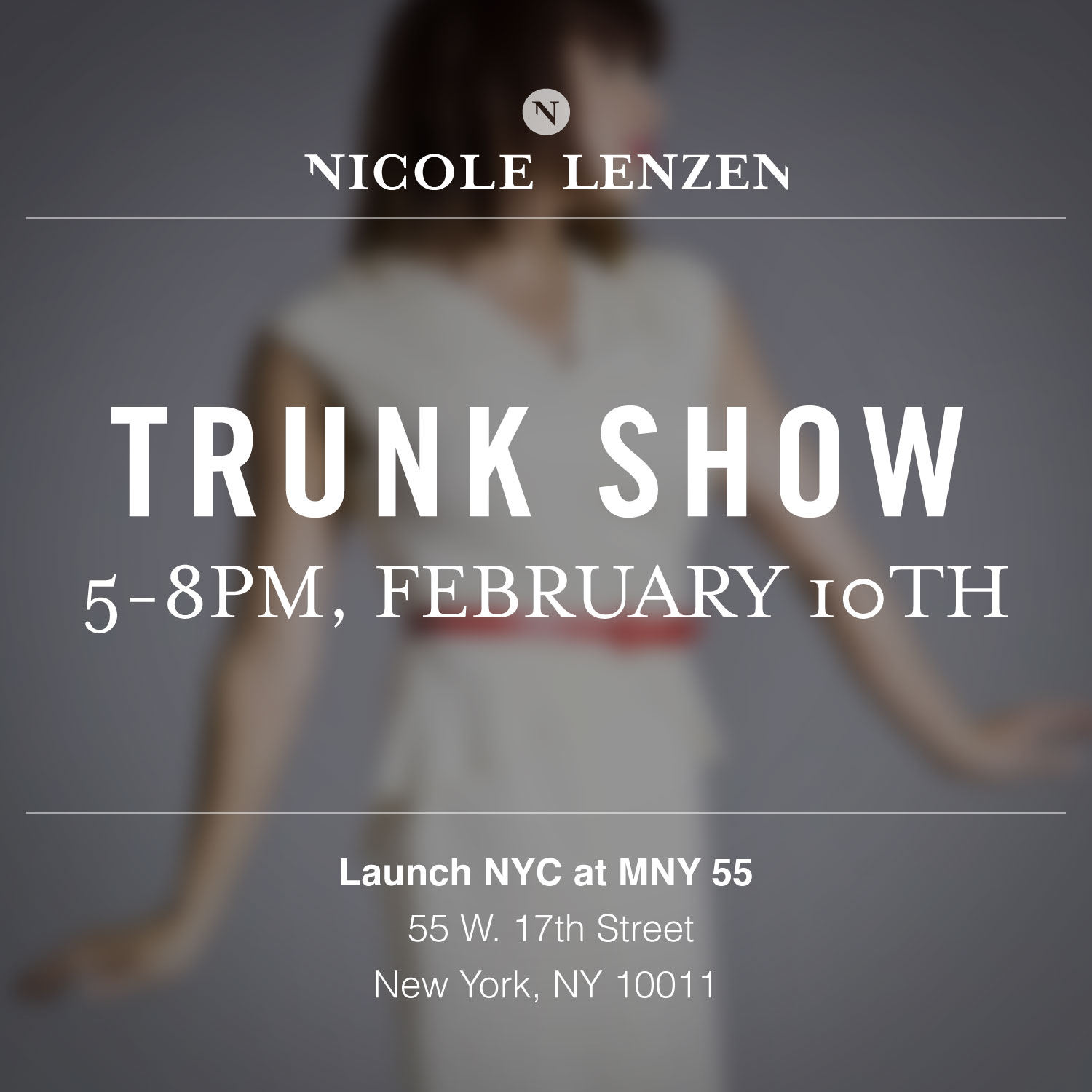 As one of the emerging brands selected to participate in Manufacture New York's Launch NYC Fashion Week platform, we sold our collection in a retail pop-up shop open to the public throughout the month of New York Fashion Week, and hosted a trunk show in the space to engage with new customers. 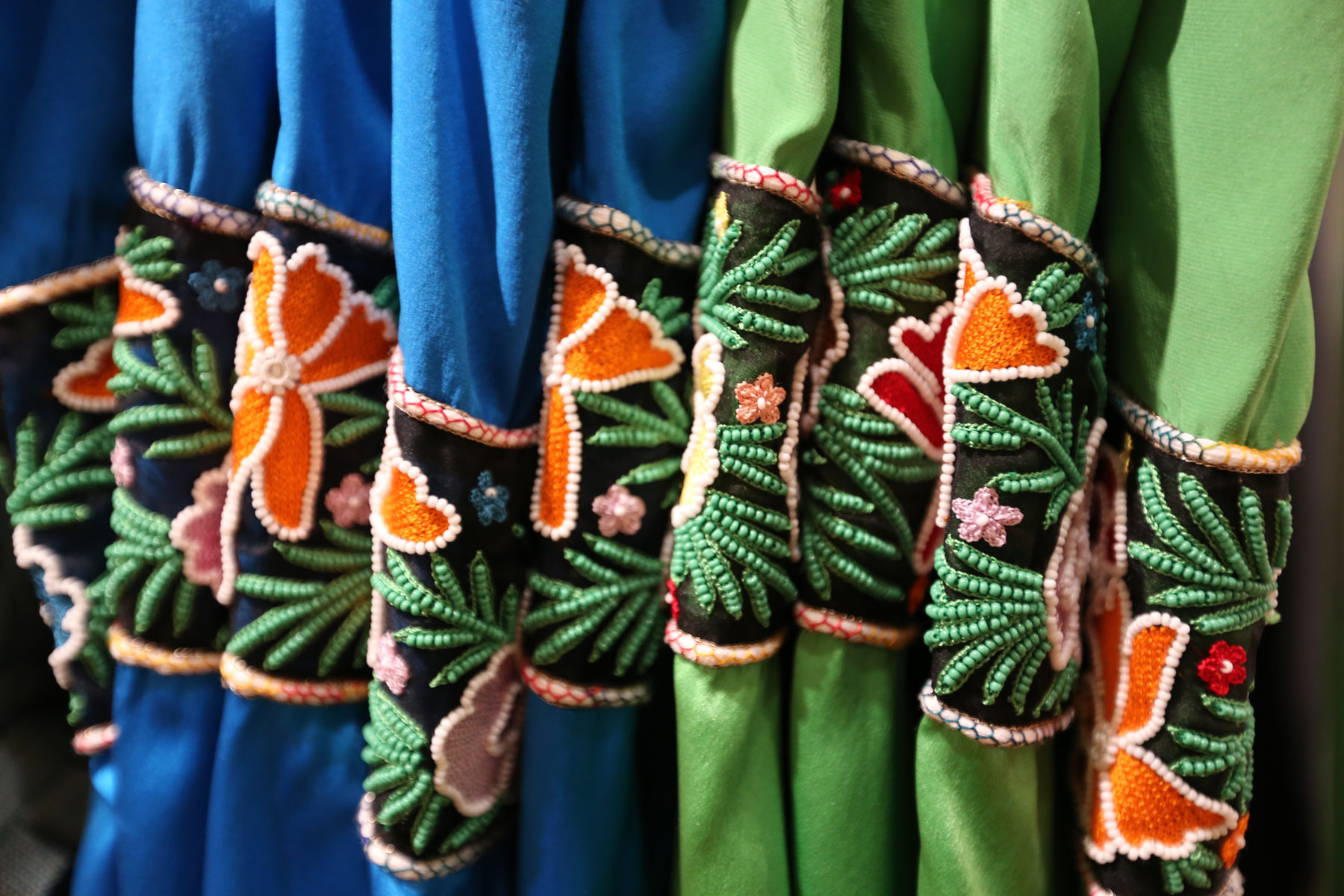 We were interviewed for ethical lifestyle magazine Goodlifer, included on the blog of retail pop-up experts Lion'Esque, and listed in Time Out New York's shopping & style round-up. 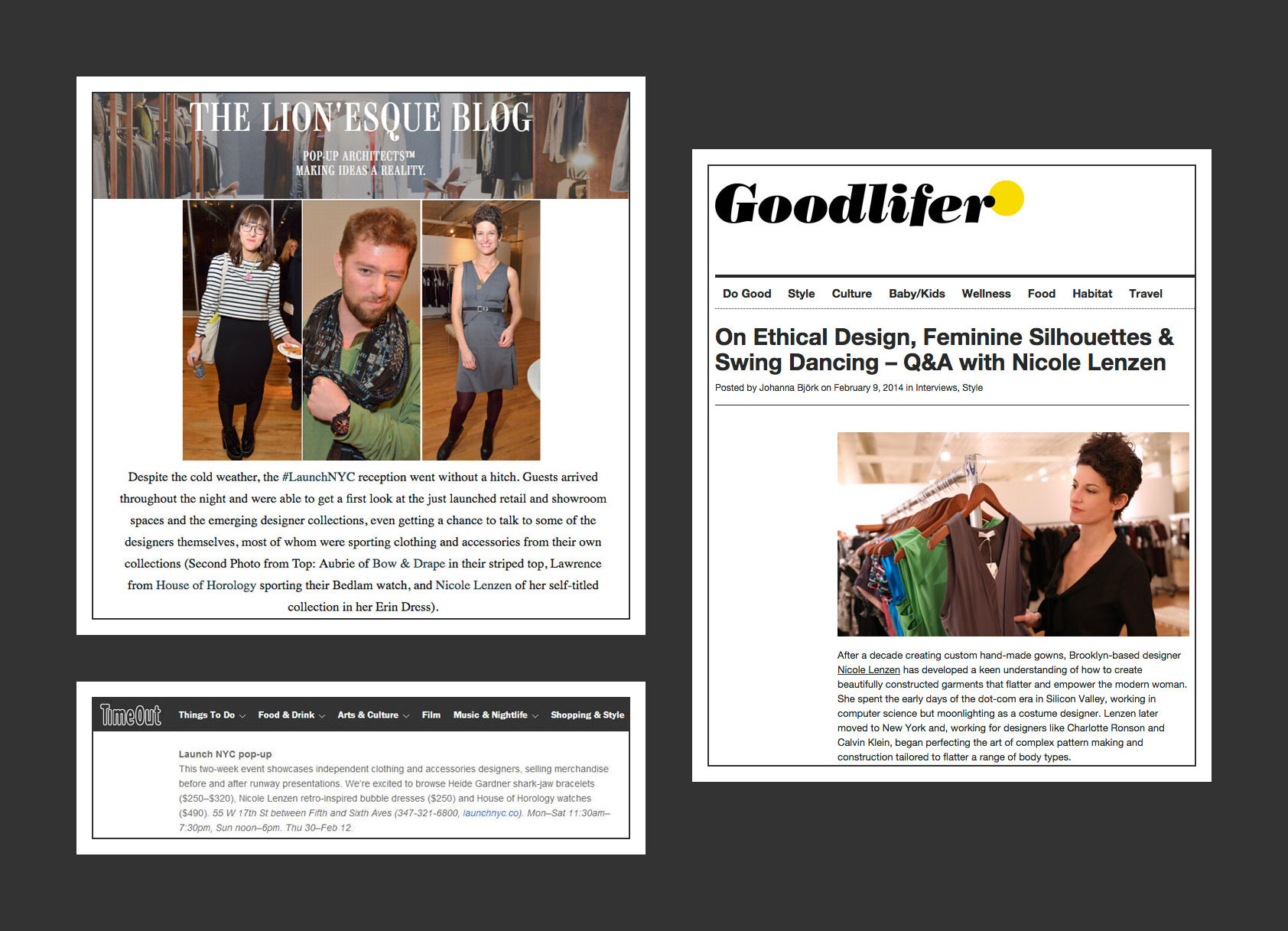 The Council of Fashion Designers of America and Tide Pods joined forces to show that washable can be fashionable, launching a #WashableFashion campaign and hosting a New York Fashion Week runway show in conjunction with Fashionista.com. As a designer who focuses on creating beautiful, yet practical designs as well as advocating sustainable methods for increasing the longevity of garments with minimal impact on the planet, I was invited to participate.

We showed several styles from the Eva Collection made in stretch silk georgette, which is not only wash-friendly and quick drying, but also offers supreme quality, comfort, and a luxurious appearance. Fashionista.com also interviewed me for a video and article on their site. 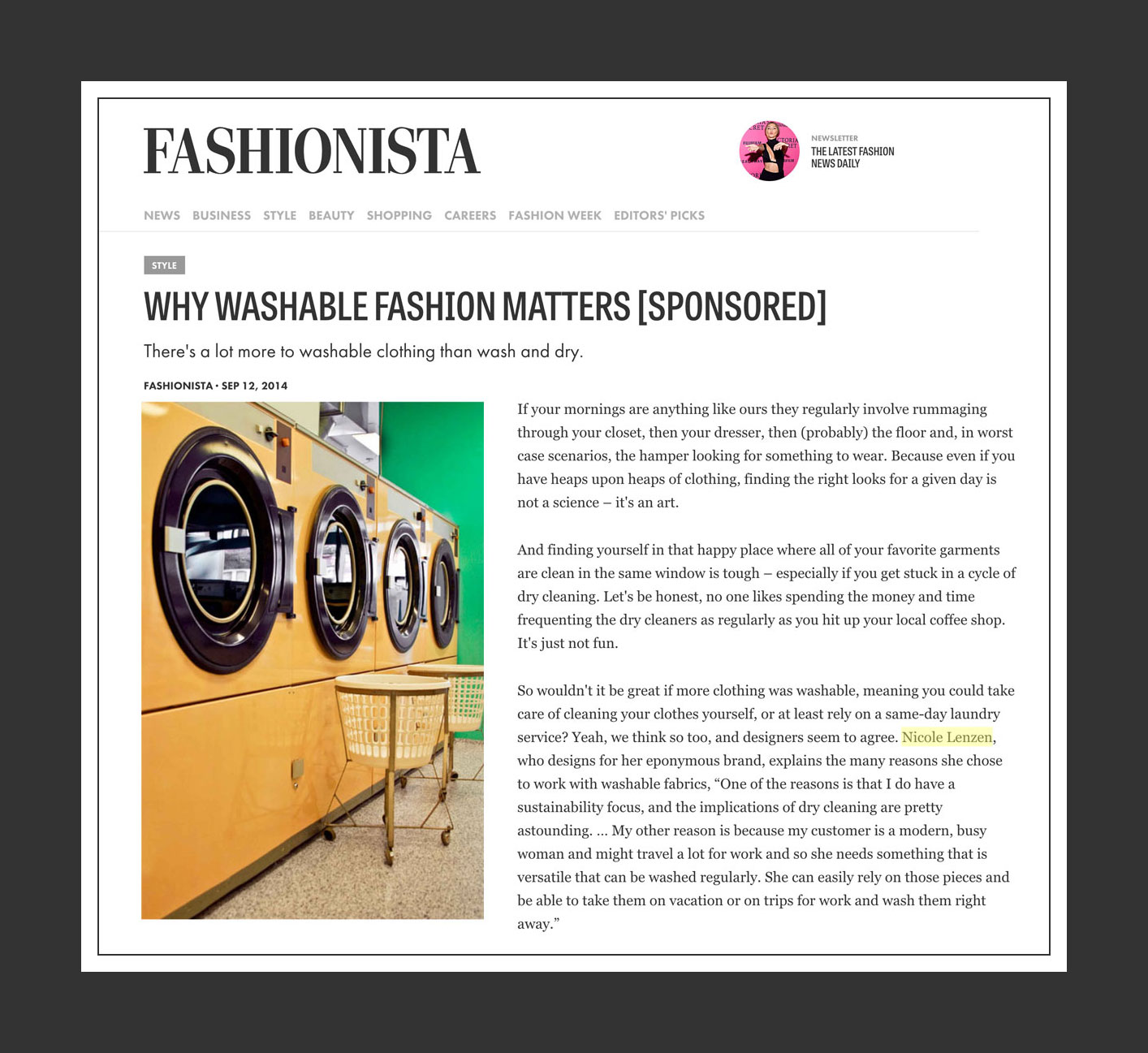 “When I put on a piece from one of Nicole's collections, I feel like it was made for me. I perform 1940s style Lindy Hop, so my wardrobe tends to have classic, vintage-inspired pieces. What I love about this clothing is that it's also modern. I can grab it from my closet to wear to work in the office, but I can also throw it on as an effortless piece for a performance. These pieces are comfortable all day long, and they're designed to move with your body whether you're taking the A train, or dancing all night.”

To bring the Eva Collection to the Lindy Hop community, we collaborated with renowned professional dancer Evita Arce to host a really fun followers' only event featuring a movement workshop and designer trunk show. Evita taught techniques on how to define and improve your swivel, the quintessential followers’ Lindy Hop move.

We engaged volunteers to try on pieces from the collection as I explained how my dresses are designed and tailored for movement. The participants demonstrated how the material and shape of the skirt could influence and empower their swivels. Then all the attendees were able to give our styles a spin, with the opportunity to try on and purchase styles from the collection and perfect those twists! 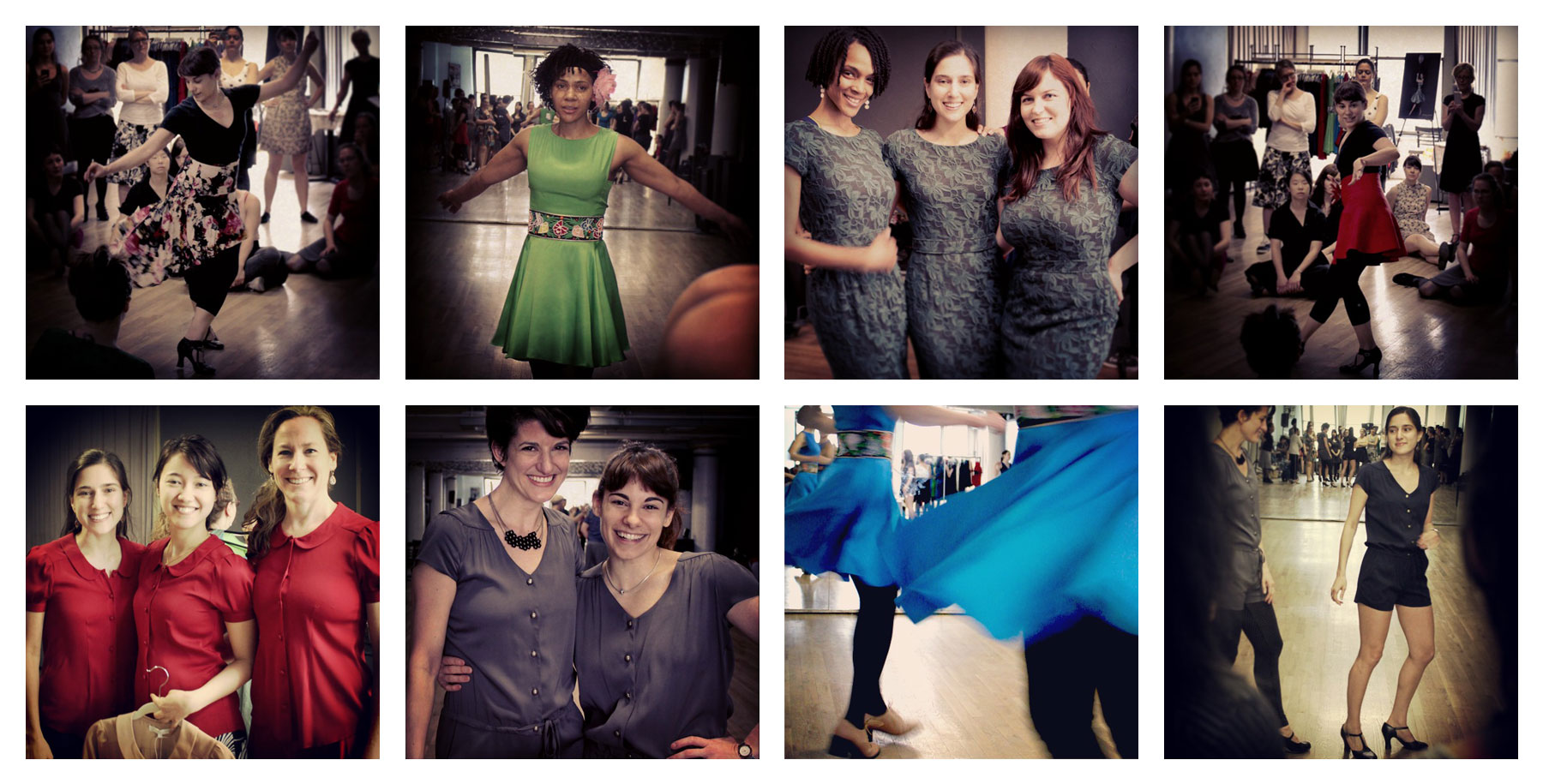 Frankie Manning was a legendary figure in Lindy Hop, attributed as one of its founding fathers, and considered a tremendous contributor, innovator, and disseminator of the dance. He was one of the original dancers of the Savoy Ballroom in Harlem, who then went on to lead and choreograph multiple dance troupes, and perform in several feature films.

After serving in the army during WWII, Frankie settled down as a family man and postal worker for 30 years. It wasn’t until the 1980s during the revival of swing dancing that Frankie was brought back to his glory. I was lucky enough to take a weekend of workshops from Frankie in Oakland, CA in 2000, during my first foray into Lindy Hop.

To celebrate what would have been Frankie's 100th birthday (he lived–and danced–to the age of 94), Frankie 100 took place in New York City. The five-day event brought over 2000 dancers from 47 countries together in the largest swing dance event of modern day, to celebrate Frankie's life and achievements.

To demonstrate the evolution of style alongside the dance, a fashion show was held during the event, displaying both vintage looks from the 1920s-40s as well as styles from contemporary designers inspired by the various eras. We fell into the latter category of course, representing the world-fair inspired theme “World of Tomorrow.” 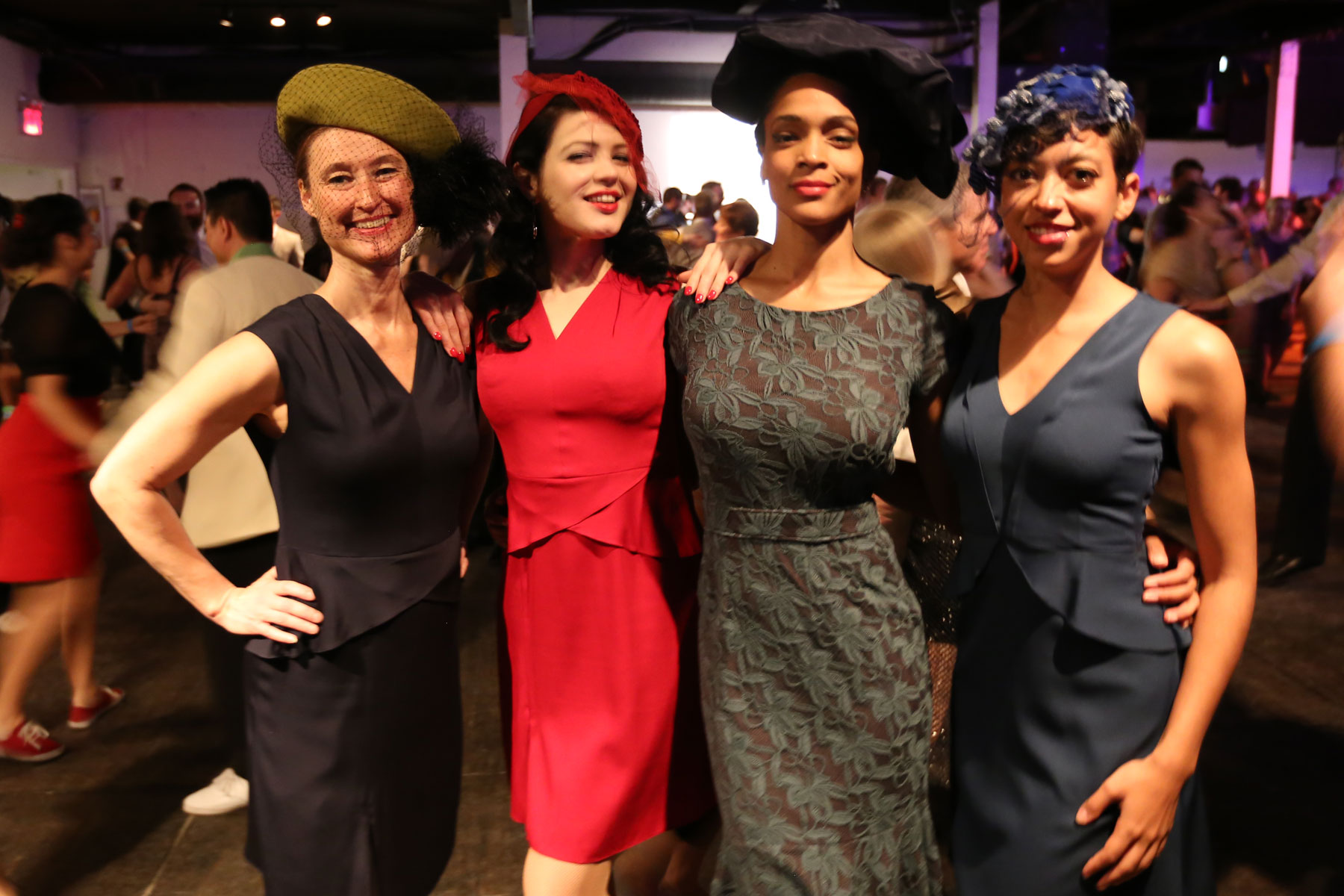 As the crowd at Lindy Focus had fallen in love with the Candy Collection, I returned the following year with my expanded Eva Collection, directing and producing another fashion show, this time with a working girl theme. 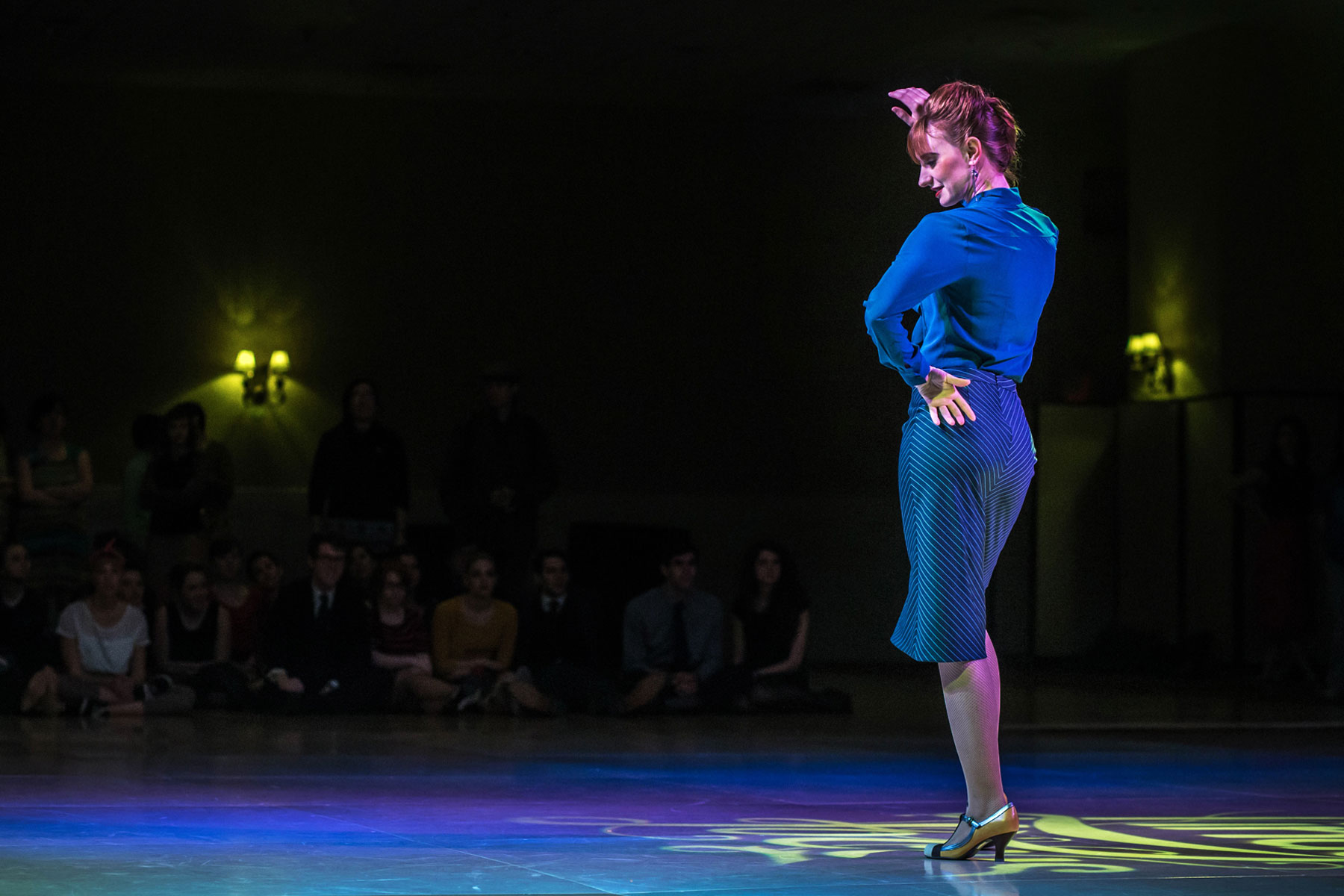 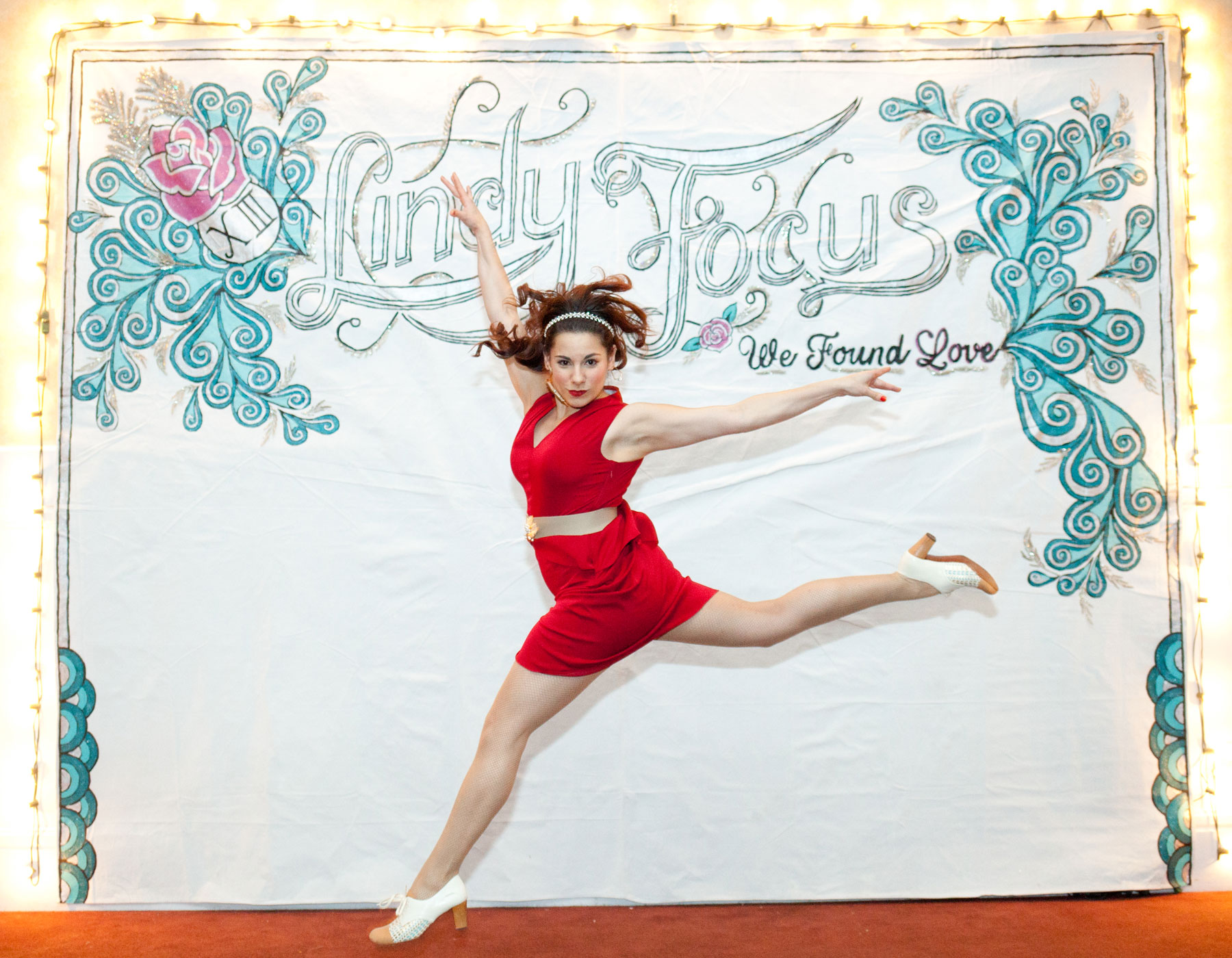