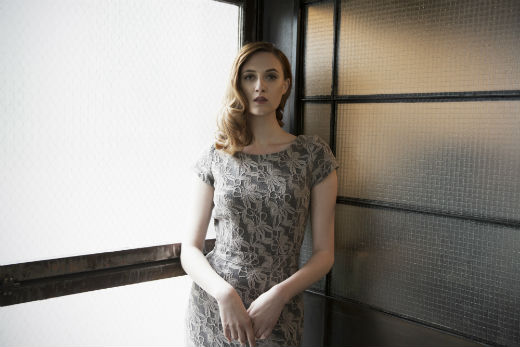 March 24, 2015 - Comments Off on First Impressions: What to Wear to an Interview

First Impressions: What to Wear to an Interview

If there's one thing you want to last forever, it's a good first impression. Even more so now than ever, that first impression might happen far before that welcome handshake. With social media and Google searches leading people right into your digital world, it's important to put your best foot forward all of the time—and make sure to reiterate those positive vibes at the first meeting. Research has shown that you've got somewhere between 30 seconds and two minutes to make an in-person impression on someone. So what can you possibly wear to show off your best of the best in an interview where two minutes could very well make or break you? Simple—don't think about it too hard.

There are the obvious no-nos (a considerable décolletage, visible panty lines), but there are a few simple rules to live by when it comes to meeting a potential future employer while still staying true to your style. Read on for Nicole Lenzen's tips, and go take control of that interview:

Kindness Looks Good on Everyone

"I saw something on Twitter recently... there was a subway confrontation where someone was blocking someone else from getting in the car. One of them ended up using some strong words against the other. They ended up at the same office space, one to interview the other. There was this whole thread of people sharing similar 'road rage' experiences. It's total karma. Leave yourself enough time to get there without worrying about angsty commutes. Be nice to everyone on your way—the person in the coffee shop, on the subway platform, in the car next to yours—because you never know."

"I think where a lot of people go wrong is that they trying to impress or make a statement. What you really want is for your clothes to be more neutral—you want to be the focus in an interview, not your outfit. Style level obviously depends on the nature of your interview. If you're not meeting with someone like Anna Wintour, you don't have to wear the latest Prada piece. (We've all seen the movie.) If you're not trying to interview for a specific fashion, editorial, or creative director position, the most important thing is being comfortable. What that really means is wearing something that's the perfect balance of 'conceal and reveal.' It's something you don't have to adjust or think twice about, something you feel your best in."

Play It Safe in Neutrals

"Pamela Druckerman captured it perfectly in a piece for the NY Times 'If you are invited to lunch with someone who works in the fashion industry, do not wear your most “fashionable” outfit. Wear black.' Don't wear what you think is the latest trend or a fun designer. Don't even try because the risk of missing the mark is too high. Black or neutral colors in general are less distracting and safer."

Say No to Wrinkles

"Buy a steamer. Having a rumpled appearance speaks way worse than a lot of other things. Take another look in the mirror before you walk into the interview. Don't have crap in your teeth or stains down the front of your top, and avoid wrinkles! It's almost smart to have a back-up in case you spill coffee on yourself—or drink your coffee before putting on your outfit that day.

Another thing to look out for is pilling. Make sure you don't have a hole in your armpit or a pilled sweater. Even if you don't have an expensive wardrobe, it's easy to tell what looks ratty and what doesn't."

Blend into the Dress Code

"If there's a chance to ask someone in the company what the dress code is, do it. When a friend of mine interviewed at Google, they made sure to point out, 'We are a very casual company.' They basically said you're going to make us feel uncomfortable if you come in wearing a suit. Adhere to the dress code of the environment where you're applying.

In terms of women, unless it's an environment where you would be wearing a suit every day, don't do it. If you have a nice blazer that can be paired with a skirt or pants that's not a matching suit set, something you feel comfortable and confident in, go for it. But it's not a requirement these days."

"You're in an interview to show off what's inside your head. If the interviewer is stuck on your eyeshadow color (or your cleavage), they're not listening to you. A pencil skirt, pants or a nice, streamlined dress that isn't fussy—something that fits well (not too tightly!) and is empowering—is the way to go. Focus on your best features! Don't be dowdy, but be reasonable."