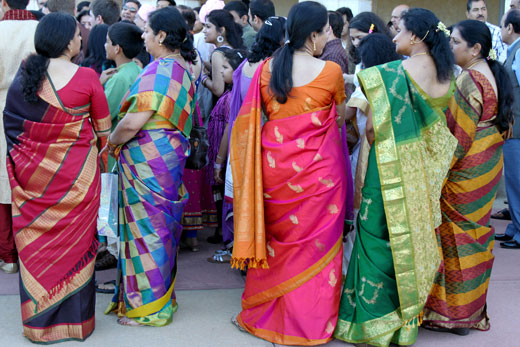 Recently I had the fantastic opportunity to attend an Indian wedding with a friend. Having no prior connection to the bride or groom, I played no role in the wedding party attire, but very much enjoyed the ceremony and reception, as well as all the beautiful textiles, such as the above gorgeous colorful silk saris worn by ladies attending the wedding. 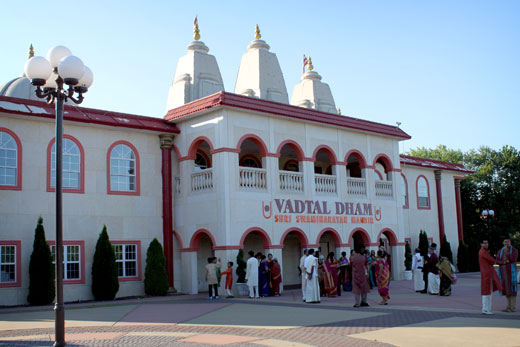 Tina and Shankar's Hindu wedding ceremony was based on five thousand year-old rituals from the Vedic wedding rites of ancient India. Their ceremony combined both Punjabi Khatri and Tamil Brahmin rituals, of which only a portion are documented below. The ceremony took place at the Shree Swaminarayan Temple in Somerset, New Jersey, and began sharply at 7:30 am with the Baraat, or the arrival of the groom and his family. The bride's family and priest greeted them outside the temple, and the bride's mother put tilak on Shankar's forehead. The Milni ceremony followed, marking a new relationship between the two families. 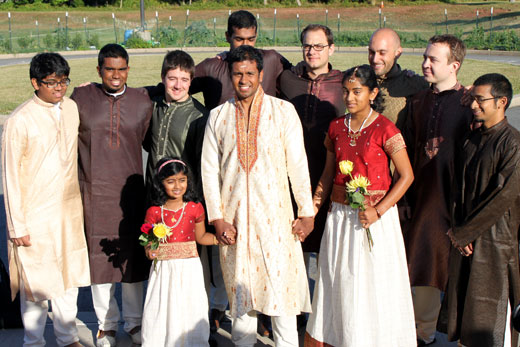 The party entered the temple, and a few rituals followed involving the groom. Then came the bride's entrance, or Kanya Aagman, which was a procession led by her female cousins and friends. She was then escorted to the mandap, the main area where the ceremony took place, consisting of four pillars representing the four vedas, or sacred texts of Hinduism. Tina and Shankar then exchanged floral garlands during the Jai Mala, signifying their union. 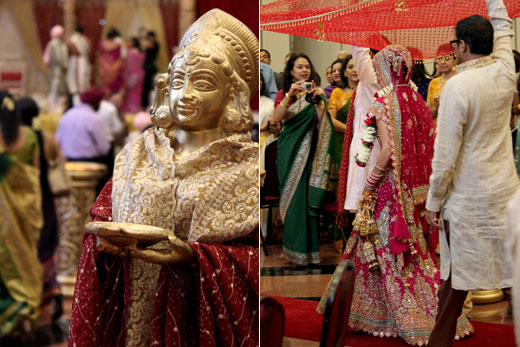 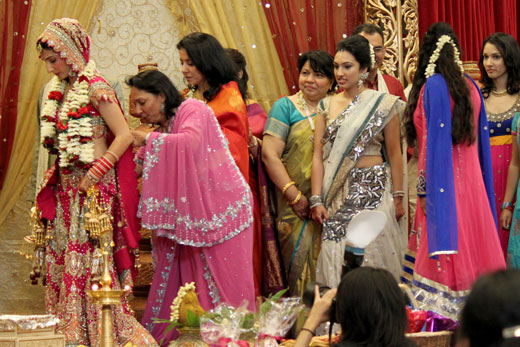 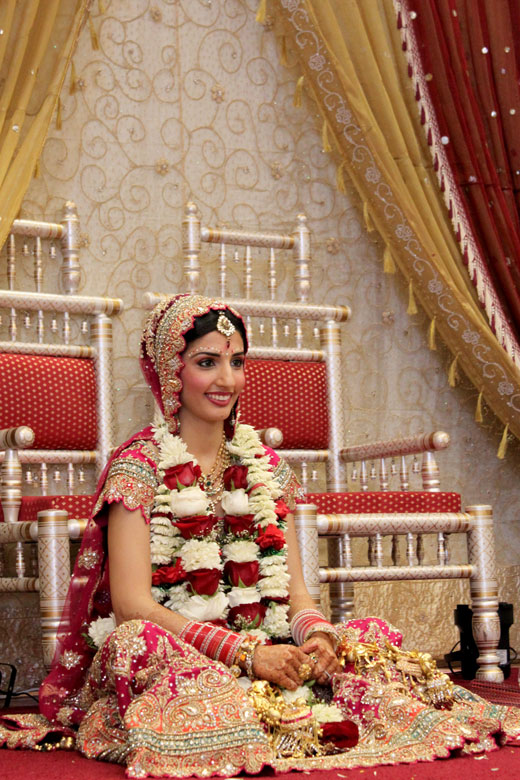 Several rituals ensued, including the Gath Bandhan and Havan, or "tying a knot" by binding the couple's wedding garments together. A fire was lit at the center of the mandap, into which offerings were made, signifying eternal warmth, and around which the couple circled seven times during the Saptapadi/Saat Pheras (seven marriage vows). Rice was thrown on multiple occasions, showering the couple to ward off the evil eye, as a blessing from the wedding guests, and by the bride to indicate her farewell to her family. 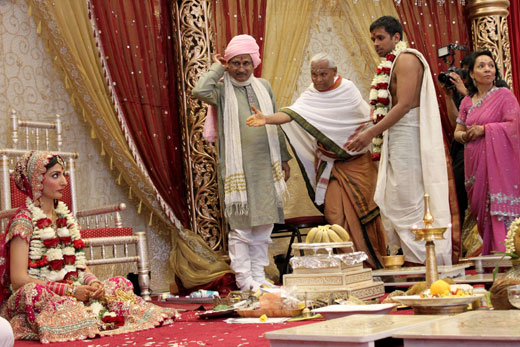 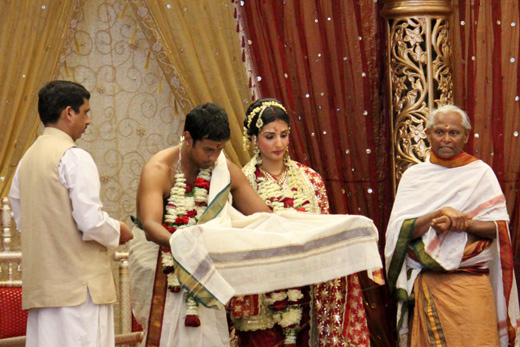 The ceremony was an intense emotional and physical exercise for the couple, after which they seemed truly unified. The bride was obviously incredibly close with her family, and moving across the country to be with her husband after the wedding suggested a parallel experience to that of a traditional Indian bride leaving her childhood home to start a new married life.

While talking amongst the attendees was discouraged, the ceremony was mostly in Sanskrit and not fully understandable by most, so friendly conversations did pop up throughout. And since the ceremony lasted six hours, both breakfast and lunch were served during that time. 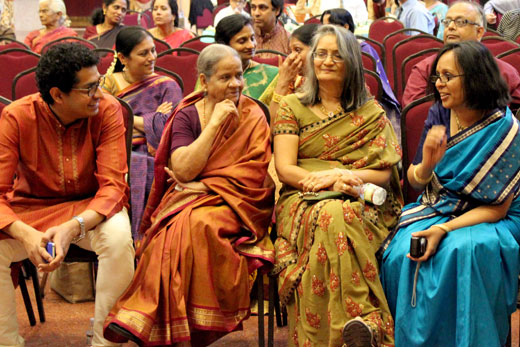 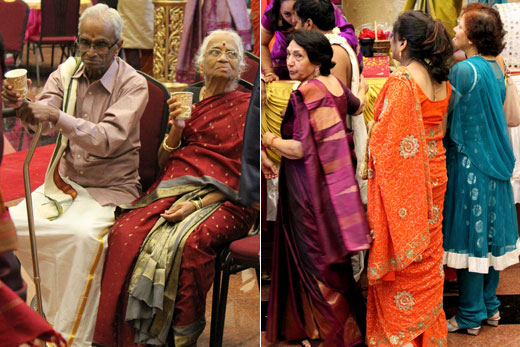 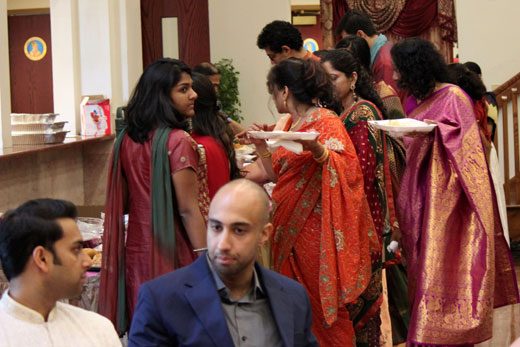 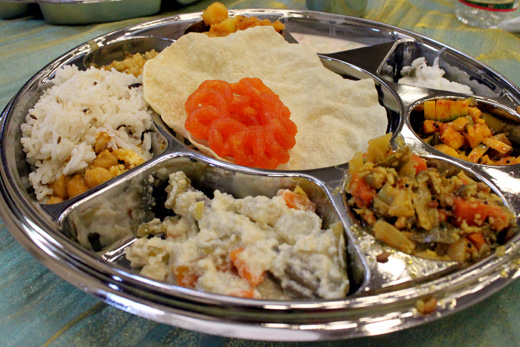 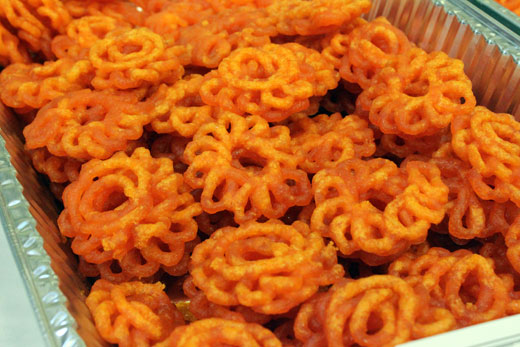 A light-hearted and laughter-filled surprise event (well, to be honest we were in the dark most of the ceremony!) involved an attack on the groom by his attendants to take off his shirt before entering the temple (hence his shirtless-ness throughout the ceremony), and then a subsequent rush post-ceremony to remove his shoes. The groom was then meant to trade or buy back his attire from his groomsmen. 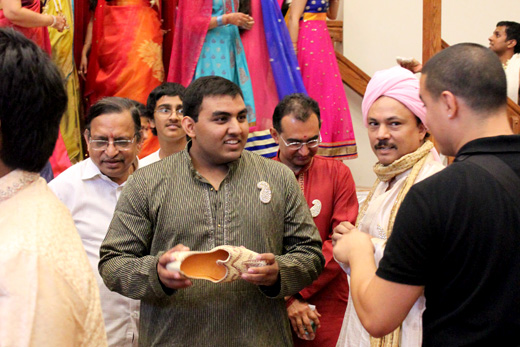 After the groom retrieved his belongings, he was able to re-dress and pose for some epic (well, several hundred people did attend the wedding!) photo sessions with his new bride. Here is the couple with their attendants: 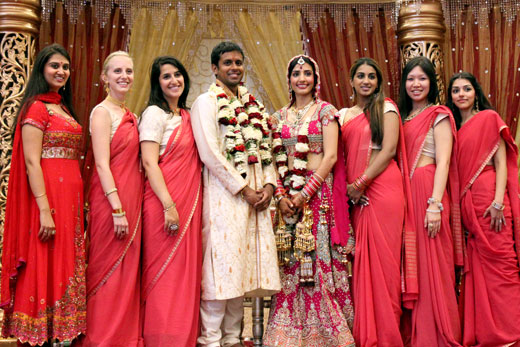 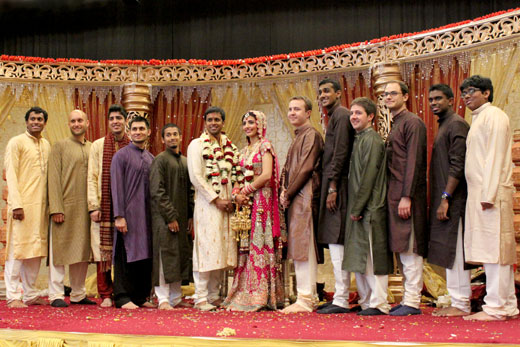 The evening reception was held at the nearby hotel where out-of-town guests stayed, and was a fun and decadent affair, with the newly married couple set up on a throne for much of the evening. The food at the reception was amazing and plentiful, and all vegetarian to my supreme happiness. Dancing was a constant, themed to Bollywood and contemporary hip-hop alike. Tina and Shankar started things off with a choreographed piece, and guests of all ages joined in the celebration on the dance floor. 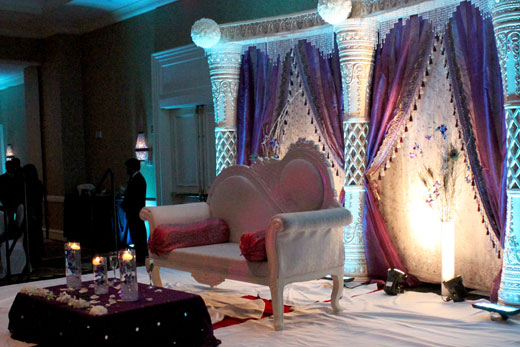 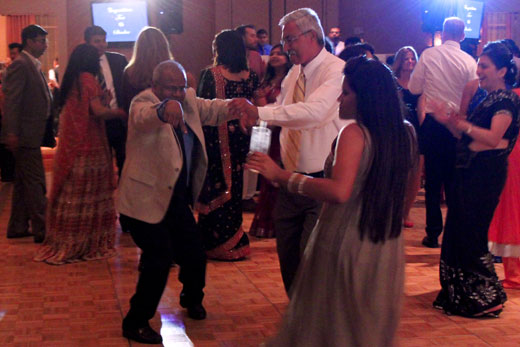