August 18, 2014 - Comments Off on A Look Back at the New York Art Deco Scavenger Hunt—And Why You Can’t Miss The Next One 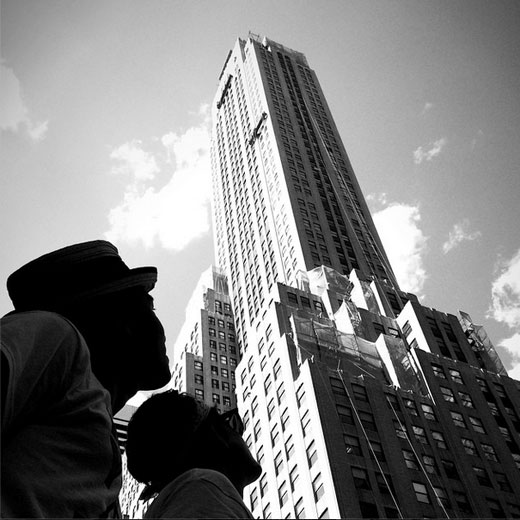 My love for all things Jazz Age made taking part in the New York Art Deco Scavenger Hunt a no-brainer. I've participated in and enjoyed Open House New York weekend tours, talks, and open studios in the past, and given the opportunity to discover and learn about important NYC historical architectural landmarks, with the option to do so on bike, I couldn't pass it up!

I teamed up with a couple of my favorite art & design exploration buddies (being a cyclist was also a must). My friend Walter who is an architect and fellow swing dancer was immediately game. Glen, the guy who makes the Nicole Lenzen website and brand collateral look amazing, was our team art director, and was the one who discovered the outrageous fashion crime story of the Straw Hat Riot, which became our team name and photo theme. 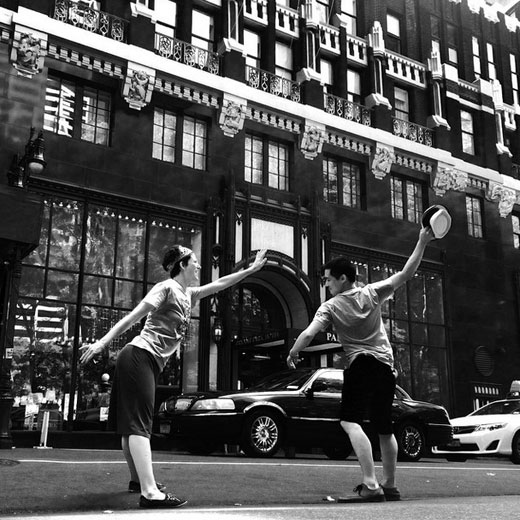 Quick sidetrack, because you've all got to know about the Straw Hat Riot if you don't already. In the early 20th century, there was an unofficial style law created that straw hats could not be worn after September 15th. If you were unfortunate enough to don this fashion faux pas, you were at least looking at being bullied for your mishap. Going even further, it became a tradition for others to knock your straw hat off and stomp it into the ground. Unbelievably, this devolved into a two day riot in New York in 1922, even stopping traffic on the Manhattan Bridge. To save themselves the risk of attack, people promptly made the switch to felt hats when the 15th came around. 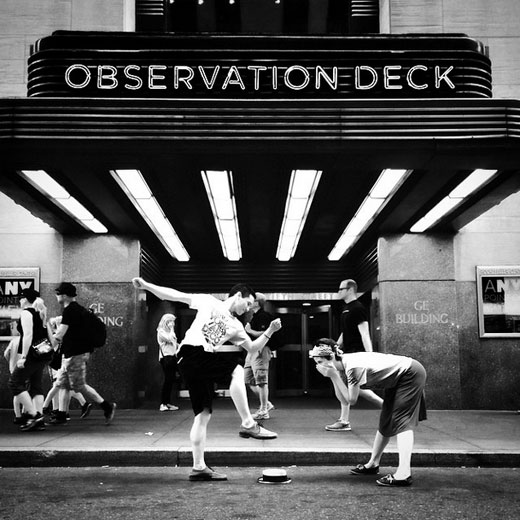 Back to the hunt at hand. The event was a great way for participants to get familiar with some of the lesser-known architecture in the five boroughs. We can all spot the Empire State and Chrysler Buildings from a fuzzy, half-focused photo, but you'd be surprised to know that you probably live close to some beautiful architecture of the same decade. We discovered 60 buildings on our one-day jaunt around town. Each landmark was revealed to us through riddle-like clues, in true scavenger hunt form. Each clue was worth a certain number of points, meaning the teams to bring in the highest scores took home the prizes. Here are some examples of the clues we had to crack: 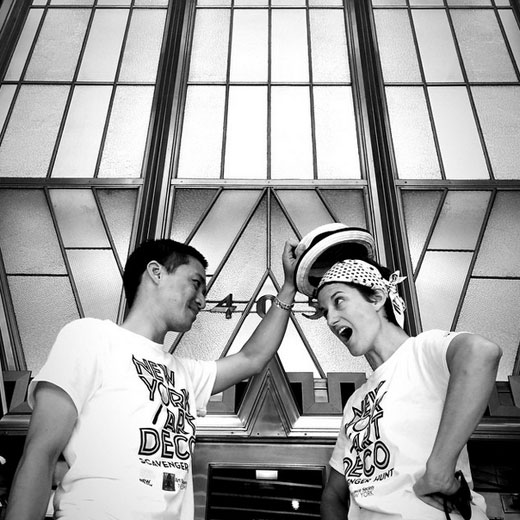 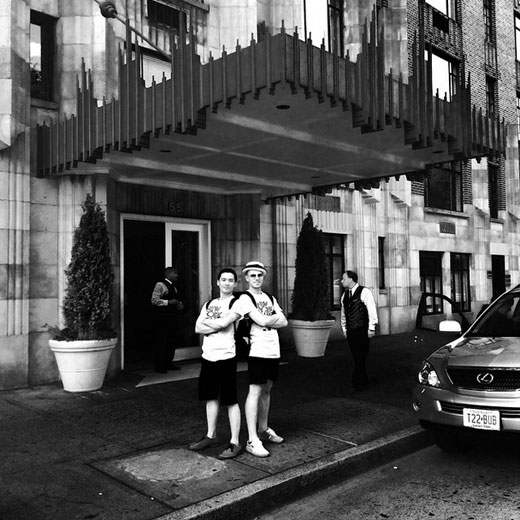 Even if our lack of expertise in Art Deco architecture kept us from winning any prizes, at least we had an amazing time discovering these hidden gems, and took some great photos. You can check even more of these out and relive our day on our team's Instagram page.