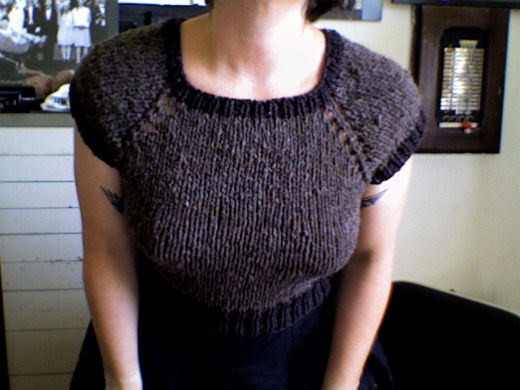 September 8, 2014 - Comments Off on How a One-Armed General Gave Us the Raglan Sleeve

How a One-Armed General Gave Us the Raglan Sleeve 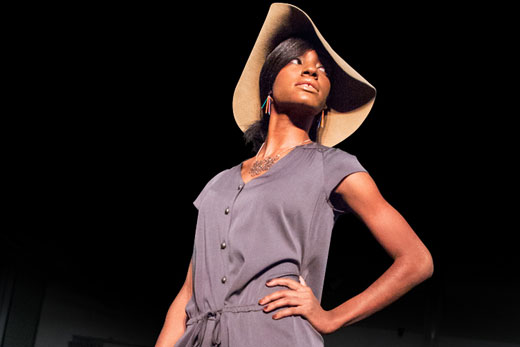 Before I jump into the slightly gruesome (yes—I mean gruesome) history that resulted in the ever-popular raglan sleeve, let's break down what the style actually is, for those of you not familiar. You've likely seen raglan sleeves in sports and other athletic wear, used for their comfortable, movement-friendly fit. But they also play a stylish role in everyday attire. The main distinguishing characteristic is the angular (vs. round) armhole shape, meaning the sleeve itself is one piece that goes all the way up to the neckline. Take a look at this baseball jersey for a great example. The entire red section is the raglan sleeve: 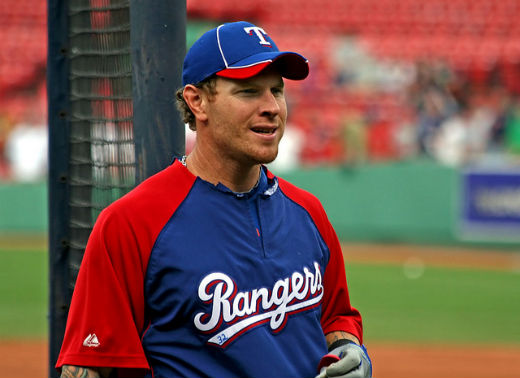 Our very own Edie Romper has a feminine take on the raglan sleeve—just with added gathers, and a shorter sleeve length compared to the more commonly seen baseball raglans. Now that you know what you're looking at, let's get into the history.

It all dates back to a guy named FitzRoy James Henry Somerset, a British Army officer in the early 19th century. Among many less memorable battles, Somerset fought in Napoleon's last big battle (called the Waterloo Campaign) and received injuries to his right arm that led to amputation. Considering what medicinal methods must have been at that time in history, it's remarkable that he lived through the trauma to share what was to be the general's major gift to fashion—now, that's one sentence I never thought I'd pen. (Fun fact: According to Wikipedia lore, immediately after having the arm removed, he asked for the ring his wife gave him before they took the appendage away.)  Despite his disability, Somerset continued to see success as he resumed his position in Paris as secretary to the British Embassy. He was eventually named Baron Raglan (of the village Raglan in south east Wales, UK) in October of 1852, shortly after receiving the title "Master-General of the Ordnance." Sounds important, though I have not the slightest clue what that job description would include.

With his disability in mind, Baron Raglan began making his own shirts with a larger, looser sleeve fit for going about his day without worrying about his injury slowing him down. Aside from his fashionista cred (unbeknownst to him, of course), it seems that he's also become a bit of a tourist pitstop, by the looks of this restaurant sign in Cheapside, London. 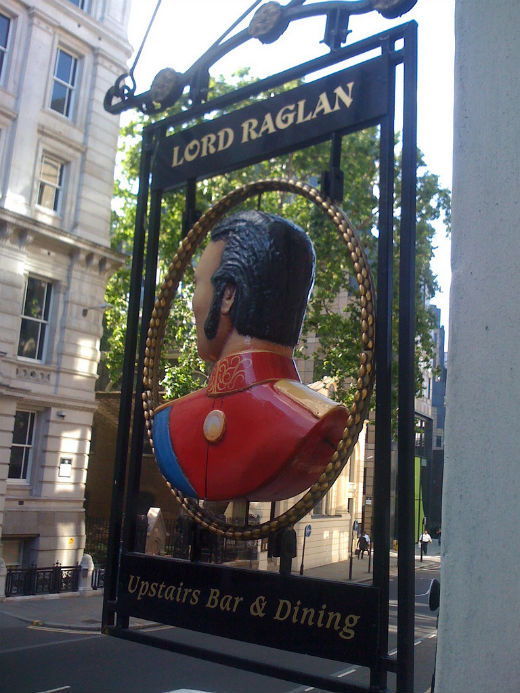 Baron Raglan passed away in 1855, but the sleeve style made its way into the dictionary in 1864 and continued to serve as a popular construction option for clothing designed for movement.

If you're looking to incorporate Lord Baron's style into your wardrobe, work it with a statement necklace or earring set of some sort—choose one or the other to avoid going overboard, given the strong shoulder line of a raglan sleeve. While monochrome is good for minimalists, you can also have fun finding pieces with contrasting sleeve and body colors. Raglan sleeves are common in heavy knit sweaters for functionality reasons, but don't be afraid to play up the construction in lighter materials—it can be especially eye-catching on a body-skimming swing dress (match it with opaque tights for fall/winter).

If you want to read more history behind some of your favorite fashion details, check out this dig into the story behind the Peter Pan collar.

Published by: Nicole Lenzen in Behind the Seams, In the Details