December 4, 2013 - Comments Off on The Story Behind Nicole Lenzen’s Designs: the Elena Dress

The Story Behind Nicole Lenzen’s Designs: the Elena Dress

The recently launched Nicole Lenzen New York collection tells an amazing story of elegant, contemporary, feminine silhouettes inspired by vintage fashion and swing dancing. Nicole Lenzen’s designs flatter the female body whilst providing comfort and modern style. Each dress features unique details, which we will share with you in the coming weeks based on the designer’s creative input.

We start with the Elena dress. Inspired by a real-life vintage dress transported and transformed into a twenty-first century fashion silhouette, it truly represents the reconstruction of an era. 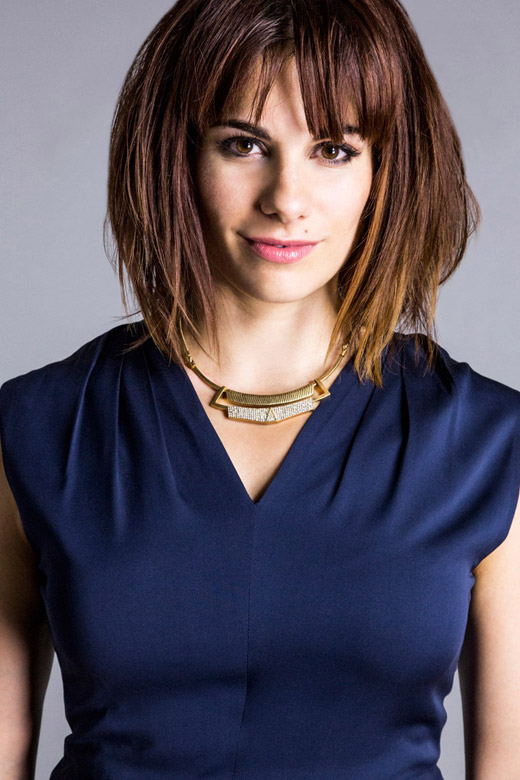 The true story of a vintage dress

Well-known dancer Evita Arce who specializes in the Lindy Hop style and is famous for her high-flying aerials and dynamic movement reached out to Nicole Lenzen to design costumes for her dance company’s performances in New York City and abroad. Lenzen was strongly inspired by vintage dresses that Evita wore at shows and competitions, many originally worn by NYC swing dance icon Elena Iannucci, co-owner of Dance Manhattan. “Elena had a beautiful collection of vintage dresses and accessories that she handed over to Evita when she retired from dancing professionally” said Nicole Lenzen. But unfortunately the dresses were not tailored for dancing. “One of Evita’s favorite dresses – a 1940’s navy floral print which had been torn and patched up on multiple occasions – did not survive a New Year’s crowd-surfing performance!” she added with a laugh. So although the vintage dress was no longer functional, it provided great inspiration for the Elena dress.

The design Lenzen landed on was a versatile peplum dress and several spin-off variations for the ladies of Syncopated City Dance Company. All five dresses were made of an electric blue crepe fabric that Evita had on hand, and accessorized with different colored belts to let each woman express her own style. 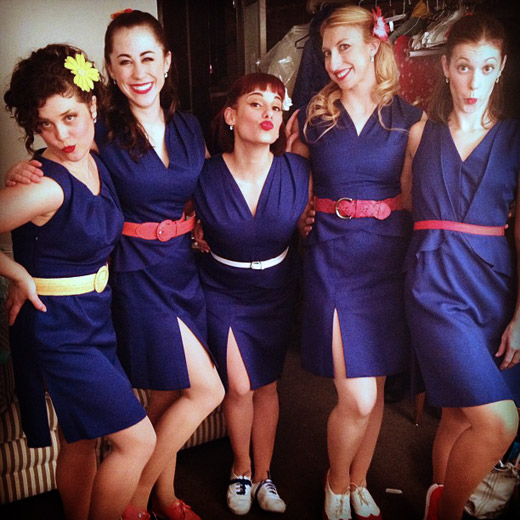 For the Nicole Lenzen collection, the dress is cut in navy and ivory stretch silk georgette, and is fondly referred to as the Elena Dress. It features a flattering shape on a large range of body types, is tailored for movement and is very comfortable to wear every day. It is best described by the creator herself: “It is a v-neck modest enough, but not suggestive; it covers you but it’s not too buttoned up like some vintage styles. It has lovely draped pleats, which come from the shoulder and flatter different chest sizes. Instead of having a sleeve we made it slightly off the shoulder for ease of movement, but keeping the coverage of an area (near the armpit) most women can’t stand revealing! The peplum, which ends in a point at the back and overlaps at the front accentuates the narrowness of the waist and adds elegance to the silhouette. The skirt provides extra movement and a subtle tease with a small slit. The dance company version has a much bigger slit so the dancers can do aerials but this version caters to most women and uses.”

A versatile dress for the modern professional woman

Nicole Lenzen’s professional experience in custom designs for almost a decade has provided her with a deep understanding of how to flatter the female body and work with across-the-spectrum body types. In a ready-to-wear collection it’s not possible to target everyone but Lenzen thrives on building designs that will help women look beautiful and feel confident in what they are wearing. 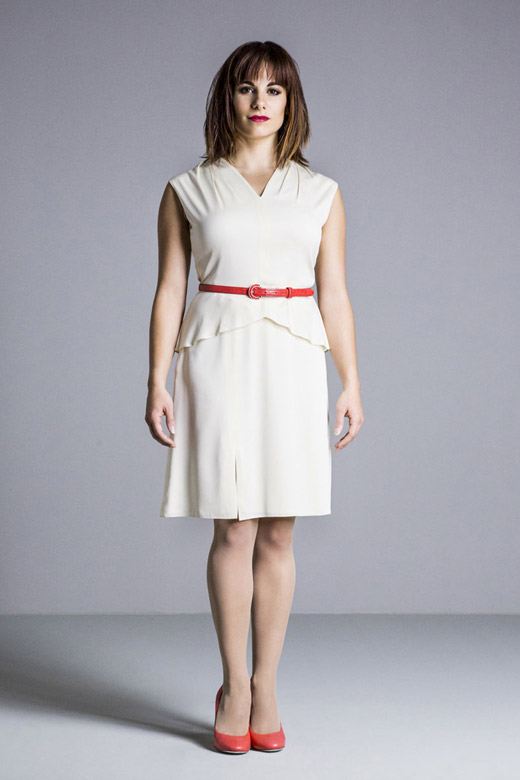 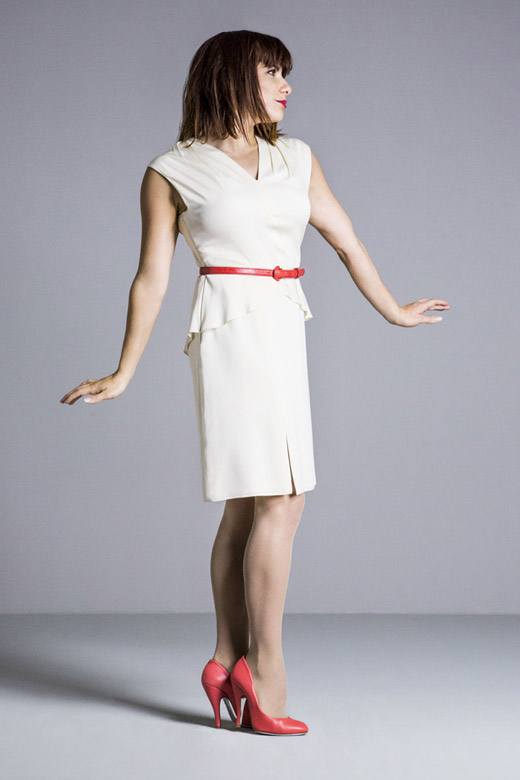 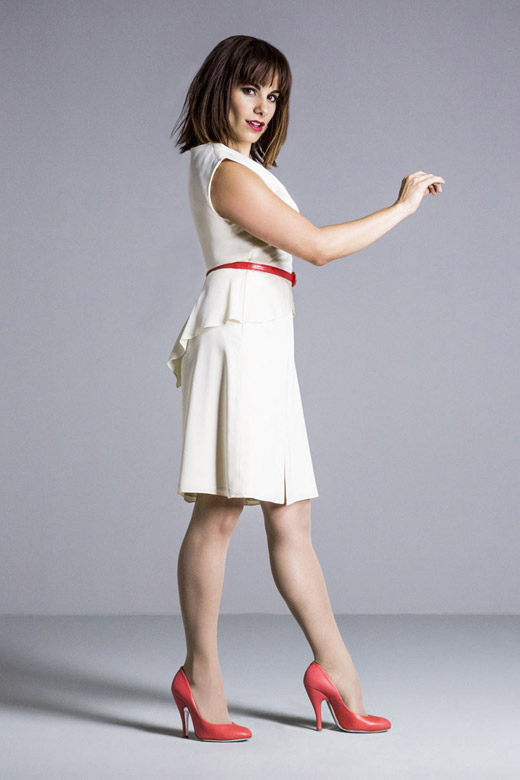 The Elena dress is perfect for the woman who wants to look professional, clean and put-together and convey a sense of taste. Paired with a blazer or a cardigan it is great for the office and transitions perfectly into cocktails, a dinner date or a gallery opening. It looks sophisticated and stylish on its own, and more spiced up with a contrast belt and jewelry. The versatility of the design allows for endless possibilities!

The ivory version of the Elena dress would also be a very sophisticated option for a non-traditional bride. Both colors can be made-to-order if a size is unavailable.

The ethical implications of a sustainable brand

The Nicole Lenzen collection is carefully constructed in New York City with a commitment to social responsibility. As a result of her upbringing, Nicole Lenzen has always chosen quality over quantity and her designs have been guided by the same principles. The Elena dress is made of high quality natural fiber: a beautiful stretch silk sourced from the garment district of New York City. “We all have to recognize that unless you are doing everything by hand you are still going to utilize some energy and there is going to be some impact from your production,” Lenzen acknowledges. “But there are a number of things you can do within the supply chain to minimize impact,” she adds. Indeed, Nicole Lenzen’s dresses are made with the help of in-house assistants, and constructed by NYC-based family-run businesses, which not only guarantees a superior level of quality and control but also supports the local economy.

Published by: Nicole Lenzen in Behind the Seams, Vintage