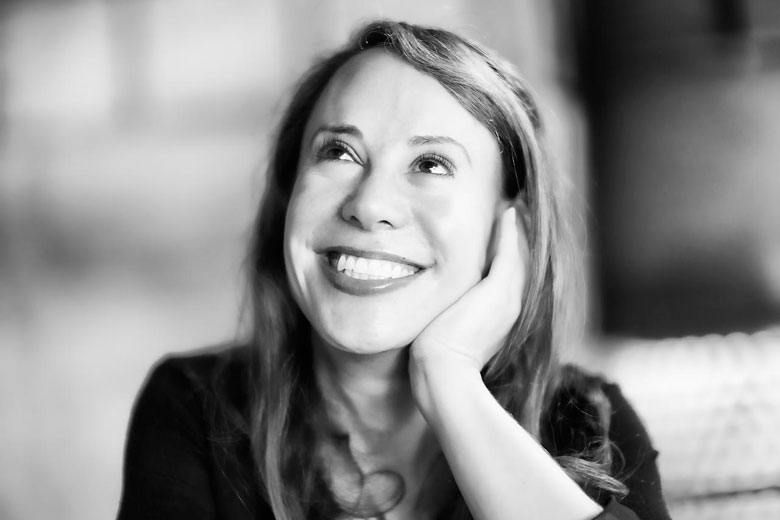 August 9, 2015 - Comments Off on The Path’s Dina Kaplan on How a Two-and-a-Half Year Trip Around the World Changed Her Life

Dina Kaplan was the co-founder of multiple companies when she realized it was time for a change. Specifically, it took breaking down across the street from her office for her to realize that something wasn't quite right. Up until that point, she had been very successfully running Blip.tv, the New York City-based Founders Club (which is exactly what it sounds like), and Calliope Group—an organization of women founders looking to connect with one another. All of these organizations were healthily adding to her growing network and resume, but also slowly taking over every minute of her life. Her answer: a two-and-a-half-year trip around the world to fight a few fears and make some friends along the way.

While we're going to dig into her story in a minute, it's important to recognize the outcome: The Path—a new business that integrates some of Dina's newfound practices (mainly meditation) into daily life. With a newly opened location for The Path, we took a few minutes to chat with Dina about her story and how she got to where she is today. Take it in:

Dina: "I co-founded a company called Blip.tv—it was a platform for web shows. I was running operations, so almost the entire business side of the company, from HR to QR to different developments. I was also the public face of the company. It was a very intense set of years. In addition to running Blip, I founded a company called Founders Club, which brought together all of the top founders in New York. We hosted these lavish events—think: spending more than $100,000 in production. The organization really helped promote the New York start-up scene—in that, a lot of the founders involved became friends. Then I founded another company called Calliope Group. We gathered all of the top women founders on the East Coast, and founders from Europe and California would also fly out for our events. A lot of us ended up on each other’s boards, were founding companies together, investing in each other’s companies.

So, I’m running all three of these and pretty much working non-stop. I just started having panic attacks. They were so intense that I wouldn’t even walk down the street by myself because I was worried I would pass out in the middle of an intersection and that a cab would run over me. As a good COO, I just solved the problem by taking cabs everywhere I went or I just wouldn’t go out. That’s quite a thing to do on a start-up salary. One day I ended up on the intersection of Broome and Lafayette in downtown Manhattan, right across the street from my office, and I couldn’t cross the street. I remember leaning against a pole and praying that the light wouldn’t turn green so I wouldn’t have to cross. I stood there feeling paralyzed and decided in that moment that it wasn’t worth it—all of the accolades, all of the futuristic stuff, everything I thought my whole life was built to create wasn’t worth the fact that I didn’t feel healthy enough to cross the street."

Dina: "I left the company that I co-founded, took a two-and-a-half year trip around the world, danced around the globe from Myanmar to Fiji to tiny little islands off of Sicily and everywhere in between. I also fell into meditation. During my first retreat I could feel my brain changing. I could feel myself becoming more compassionate, a better person—more me. I thought, ‘I’m going to come out of this retreat a better version of myself.’ Everybody should have the pleasure to go through this, but it shouldn’t have to be this hard.

I decided in that moment that when I came back to the United States, that I would start a company to help bring meditation to the West in a mainstream way and that I would call it The Path."

Dina: "One fellow traveler said, 'Use this time you have like a gift to travel and conquer your fears.' That sentiment just rang through my head day-in and day-out. I had no idea what he meant—it didn’t resonate—but I just couldn’t shake it. And then one day I’m walking down this beautiful street on Ko Tao—one of my favorite islands in the world in Thailand—and all of the sudden I got it. I stopped in my tracks and I thought of his words and realized he was exactly right! I am full of fear. I’m so full of fear, I can’t even walk down a street by myself without worrying that I’ll pass out. I decided in that instance that I was going to conquer my fear. I decided to start with all of my physical fears.

One of the biggest ones was scuba diving because someone I knew had died on a diving trip I was on when I was young. I decided to start with that fear. It’s funny this happened on Ko Tao because it’s the scuba diving capital of Asia—they give out more scuba certificates than any other place on the continent. I heard good things about a scuba shop that a couple of my friends were diving with and I walked right to that shop and said, 'I have trouble breathing above ground, I’m scared to walk down a street by myself, and someone died on my first scuba diving trip when I was growing up, but I need to do this.' They said, 'We will get you in the water.'

The next day I went, and please imagine, I was scared to walk above ground where there’s air. It was terrifying to imagine going underwater where there is no air, and the thought of having a panic attack under water. I asked the instructor to hold my hand. He held my hand and we went underwater and I did it. I came out and I felt so much magic. From there, I went on to conquer my fear of zip lining by moving into a treehouse in Laos where you could literally only get home by zip lining. That was horrifying. The biggest one was bungee jumping. I was scared to death to do it. I actually thought that I might die. But I would have rather not lived than have fear be more important to me than courage.

Since then, I’ve been trying to learn how to conquer just saying what’s on my mind. Asking for what I want, being myself, just being real. I battle with this everyday, but I try to do better every passing day."

Dina: "My brain works like a Rolodex, so when I need something or someone I immediately think of the 20 other people they should meet—whether it’s to be friends, business partners, or advisors. Anything. If I had to choose one strength I have, it’s the ability to connect people who I hope benefit from it. I’ve found jobs for a ton of my friends and their boyfriends, husbands, wives; I have connected a lot of my close friends with their other closest friends. That’s just an absolute delight. I actually met one of my best friends at a silent retreat, if that tells you anything. I’m pretty good at meeting people."

Dina: "I’ve been thinking a lot about feminine and masculine energy. I think New York is a very masculine place, especially if you’re running a company or thought of having your own company. It’s very easy to put on or wash yourself in masculine energy. I think in New York, unless you’re swimming in it, is hard to maintain feminine energy. I fight to hold on to it. I have friends who take pole dancing classes, I have friends who take painting classes, I think all of that helps. Part of it is similar to that no fear thing. It’s standing in your own skin and just being you and trying not to let everything else going on around you affect you. It’s very, very hard."

The Importance of Intuition in Business Decisions

Dina: "How do you know when a company is going to make it? I think it’s probably in your heart. It’s in your gut. I think it’s hard to run numbers on it. It’s hard to listen to what other people say. You get a lot of feedback when you launch a company—it can be great, it can be terrible—it’s just a lot of feedback. You get a lot of people telling you what you’re doing is amusing, crazy, stupid. I’m trying to learn how to listen more to my heart, but I think that’s the answer. Not just in how we live our lives, but also how we run our businesses: Follow your intuition. Stand as yourself, make your decisions. I’ve seen tons of companies pull out of debt. Zappos pulled out of debt, Pandora pulled out of that. Sometimes they become huge companies. I think you just know if a company is meant to be. You just know—it defies logic."

Keep It Simple: Living Life with Nine Articles of Clothing

Dina: "On a trip, I once lost all of my luggage. I had my fancy clothes with me because I was giving some talks at a big tech conference, and I had my beach clothes because I was spending time on the beach, and I had everything in between. So not my winter clothes, but my entire summer wardrobe was just gone—and some jewelry from my grandmother. I was really sad about that. I had also just bought the most perfect bathing suit cover-up—this super-cute black lace cover-up. It fit me perfectly. I was living on this little island off of Ibiza in Spain and I had been eyeing this cover-up for eight days and finally decided to buy it on my last day—on the way to the airport, actually. It’s funny, I never wore it but I still miss it.

The thing I lost that had the biggest impact on my life was my lucky speech dress—a dress that I would wear whenever I gave a big talk. It’s very bright, tacky pink. It’s so feminine and cute and it photographed so well—I can’t believe I lost it. That said, I never shed a tear over it. I was never sad. I felt about it the same way I feel about it now: bemused. I’ve been studying Buddhism quite intensely and one of the primary tenets is that everything is impermanent, and to otherwise have no craving or attachments. I think I studied it enough and internalized it enough, it wasn’t like I tried to feel that way—I did feel that way. It was lost and it was lost. Ok, that happened today. Now what? I ended up living the entire summer on nine articles of clothing. Nine articles, not outfits. It was fine. it was great. I would wash out things every other day and wear whatever was clean. It was actually very relaxing. I loved living the minimalist lifestyle."

Published by: Nicole Lenzen in People Who Inspire, Travel