October 29, 2014 - Comments Off on A Brief History of Halloween and Where the Costume Came From

A Brief History of Halloween and Where the Costume Came From

If there's one thing that pops to mind at the first mention of Halloween, it's got to be the costumes. While getting dressed up when you were young and planning out your candy route might have been exciting for a an entirely different set of reasons (hint: copious amounts of free candy), celebrating Halloween as an adult can be just as fun. But along with those years of costume experience comes an interest in why we spend so much time and money planning our get-ups. That's where we come in. Read on and see why you're really going all out with the wardrobe on October 31st. 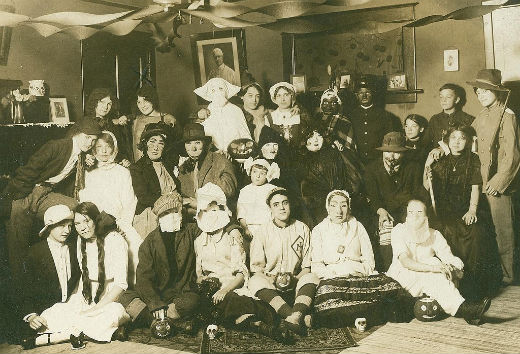 It turns out that the Halloween costumes of years (read: centuries) past are much more terrifying than any fake-blood-spurting plastic mask situation. The costume tradition dates all the way back to a mention in Shakespeare's 1593 play, The Two Gentlemen of Verona (and even earlier). The house-to-house begging came into the picture around the 16th century, where friendly neighbors would hand out cakes and other sweets to those who came for a visit. In their defense, it seems that the threat of "trick or treat" was taken much more literally than it is today. 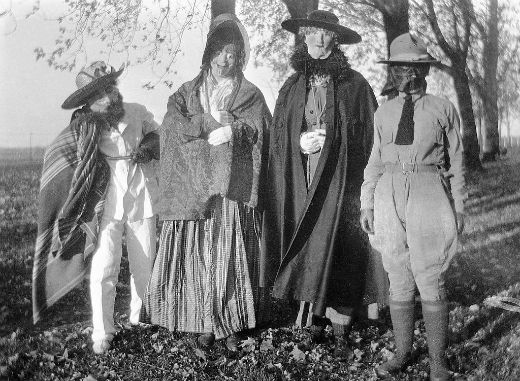 Back to the costumes. The idea of dressing up goes back to the belief that souls of the departed wander the Earth up until All Saints Day (November 1st) and Halloween is the dead's chance to take revenge on their enemies before passing into another world. In turn, people dressed up in masks and disguises to avoid being recognized by their deceased foes. While the language around the occasion may differ depending on where you hail from or what religion you follow, the general idea is the same—although, I think it's safe to say the costumes have become much more about appearance than spooky history. 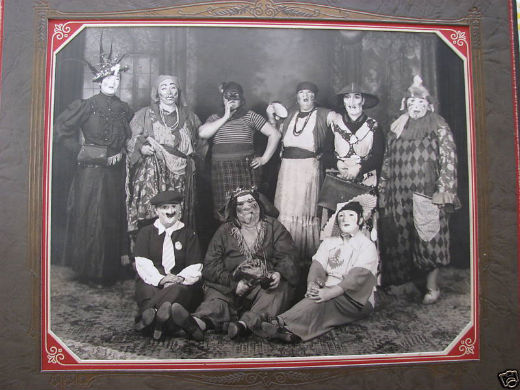 The costume trend first caught on in North America in 1911, when a local newspaper in Ontario reported children going "guising" in their neighborhoods. As the Victorian Era moved in, the celebrations became much more private and the debauchery and booze-fueled partying fell to form a holiday that was only celebrated by children. These early Halloween costumes mirrored gothic styles of the day's Celtic upbringing. In the 1930s, a few major firms caught on to the money-maker and began mass-producing costumes in local stores. These designs mostly featured the "classic costumes" we're used to seeing nowadays—vampires, ghosts, goblins, trolls, zombies, devils, etc. The tradition has quite obviously opened itself back up to the adults, encouraging parties and other sugar-fueled celebrations.

Spend a little time searching for vintage costumes from the earlier days of the holiday and you'll quickly see that the original get-ups were much spookier than anything we come up with today. Mostly mask heavy, the costumes are straight-up nightmare inducing.

While all of this is a great peek into an often overlooked history, I'm willing to bet you aren't going for the same look. Halloween is a fantastic time to show off your styling skills—whether you're dressing up as a more traditional ghost or making your own flapper dress with all the glitz and glamour of the era. Do tell—what are you planning on donning this All Hallow's Eve?